The rules of boxing vary from jurisdiction to jurisdiction and whether it is an amateur or professional bout. A violation of the following rules is considered a foul and can result in a referee's warning, point deduction, or disqualification.

Boxing, a seemingly simple sporting contest at first glance, has several rules which have evolved since being established by the Marquess of Queensberry in 1867.
Modern boxing rules may differ slightly depending on the jurisdiction of about, but the rules below generally apply. If an infringement of the rules occurs, a warning, point deduction, or disqualification in the worst case can be exercised by the referee.

Due to the nature of combat sports, those who take part can be put into situations where there is real potential to get hurt if the appropriate rules and regulations aren't in place. Fortunately, boxing has been around long enough to develop the rules required to keep fighters safe and ensure the sport is as fair and competitive as possible. But what are the boxing rules for amateurs and beginners?

Anyone who is going to start training or has already begun to engage in it will be useful to know the main principles of the fights among professionals and amateurs. Having studied the basic rules of boxing, you will make your workout more effective and focused. Regular exercises sparring with a partner will allow you to consolidate the theory into practice quickly. Focusing on the young and just beginning to engage athletes, we briefly present the rules of boxing.

Can You Slap In Boxing?

Can You Throat Punch In Boxing?

Yes, you can, but you must keep in mind certain points: A boxer is wearing gloves. In addition, an opponent is generally in a crouched position. Therefore if you put 1 and 2 together, you will see that it's almost impossible to punch a guy in the neck during a boxing match.

Why Do Boxers Hug?

While it looks like a hug from the outside, it's a tactical maneuver in boxing. Clinching is typically used for three reasons, which can be to break up an opponent's rhythm, to take a bit of a break because you're hurting, or to rest when you're desperately waiting for the bell to ring.

Why Do Boxers Duck Under The Ropes Twice?

If the mobility is restricted, the stance should be unblinded to provide a more stable base. This helps the boxer maintain his structure rather than having it manipulated by his opponent. Poor structure means poor mobility and weak punches.

Why Do Boxers Touch Their Forehead?

Many times, especially as the fight enters the later rounds, exhaustion will cause Boxers to gradually lower arms and can potentially make them vulnerable to punches, particularly counter-punches. But, again, tapping their face and head reminds them that this is where their hands should be in their Boxing Guard.

Boxing is an individual contact sport. Two athletes strike each other with fists above the belt during a fight. Although at the same time, various combat techniques and techniques are used, the tactics of the fight are chosen. The goal is to deliver as many blows to the enemy as possible and protect yourself from his attacks.

According to boxing rules, competitions are held in a special ring where only a referee can be present except for two fighters during a duel. Athletes must wear gloves of the same weight. The rules of strikes in boxing are described in detail; the judges count a certain number of points for successful strikes. Directional strikes made by the front of the glove are counted in the enemy's body above the belt or his head.

A fight may have a different number of rounds. It depends on the age and skill level of opponents. For example, teenagers 12-14 years old compete for three rounds of 1 minute each - the boxing rules for beginners are more liberal. Sparring partners must match each other in age, experience, and weight. The winner in the fight becomes a fighter who will have more points on the account at the end of the fighting. In the case of knocking out an opponent, victory is assigned immediately - this is the rule for all types of boxing in the ring. 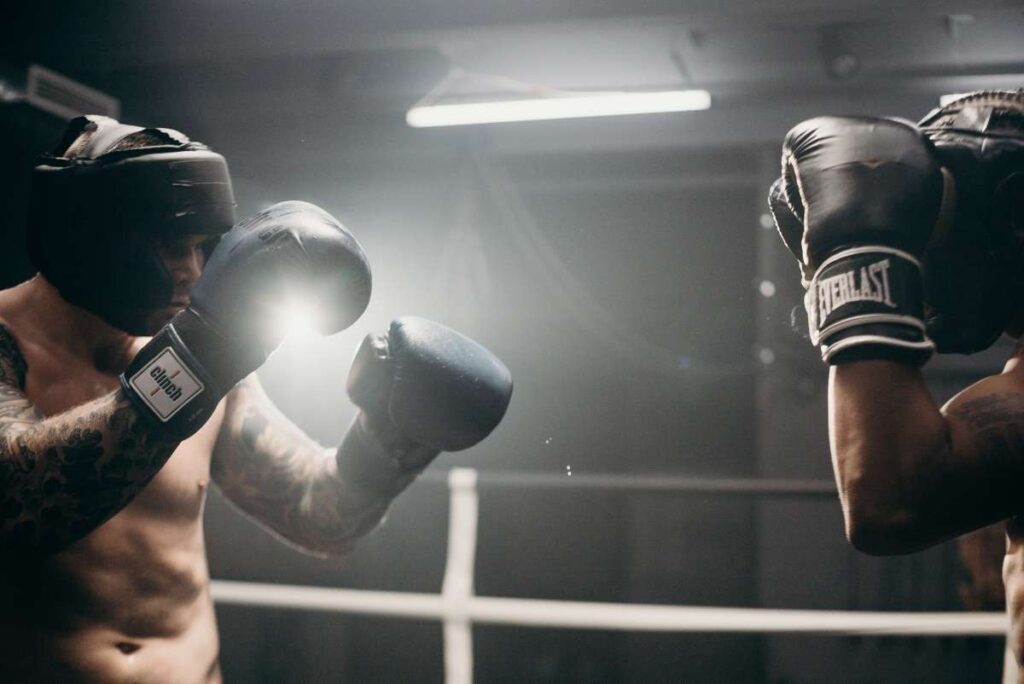 Each person's role is important, and amateur boxing events cannot proceed without participants. Therefore, each person involved must embrace their position in the sport with integrity, recognizing the importance of all participants and carrying out their unique role with honesty and fairness.

The knuckle part of a closed glove must land on the front or side of the body or head (always above the belt) to count. No additional points are awarded for knockouts, aggression, or getting your opponent to stagger or wobble. In short, the cleaner your hits are and the more of them you land makes, you the winner in amateur boxing.

Professional boxer fights can fight up to 12 rounds. The round winner gets 10 points and the loser - from 6 to 9 points. In the end, the winner is the one who gave her at least two referees. The fight is carried out strictly according to boxing rules, in the cap and special gloves for fights. Competition can be stopped ahead of time at the request of one of the athletes if the opponents' forces are unequal, that the referee can decide, or by order of the doctor.

Certain rules were developed as time evolved into what is known today as professional fighting. The sparring bouts are the longest, with the contenders battling ringside for 12 rounds. Although twelve is the max they can go for, some fights have four, six, eight, and even ten rounds – it all depends on the promoters of each match.

Each bout consists of three minutes, where top rank boxing champions go at each other with everything they have, and then they rest for a minute before starting the next round of the title fight to become the next heavyweight champion.

Since each round only lasts three minutes, boxers have to make good use of their time to score as many points as possible and win the bout. The scoring system was revamped in 2011—Boxing Match Judges score on a 10- point scale. If a boxer is knocked down, he loses a point. While uncommon, if a fighter completely dominates a round but doesn't score a knockdown, a judge can still score that round 10-8. If a judge deems the round completely, both fighters receive 10 points.

Boxing scoring can be confusing for some and highly contentious to many. Here's a rundown of the basics.

The sport of professional boxing has always appealed based on the promise of spectacular, dramatic and brutal knockouts. When a fighter can land a finishing shot or combo on their opponent to the point that they cannot continue, the contest comes to an immediate stop, regardless of how many rounds it was supposed to last.

However, if no knockout occurs and the bell sounds for the final time, how exactly do we decide a winner?

Scoring in boxing is more complex than, say, soccer, where whoever scores the most goals wins. As a result, it draws a much higher volume of controversy and debate.

If you're looking to figure out how it works, or want to clear up a particular part of the process, you've come to the right place.

Does boxing have open scoring? 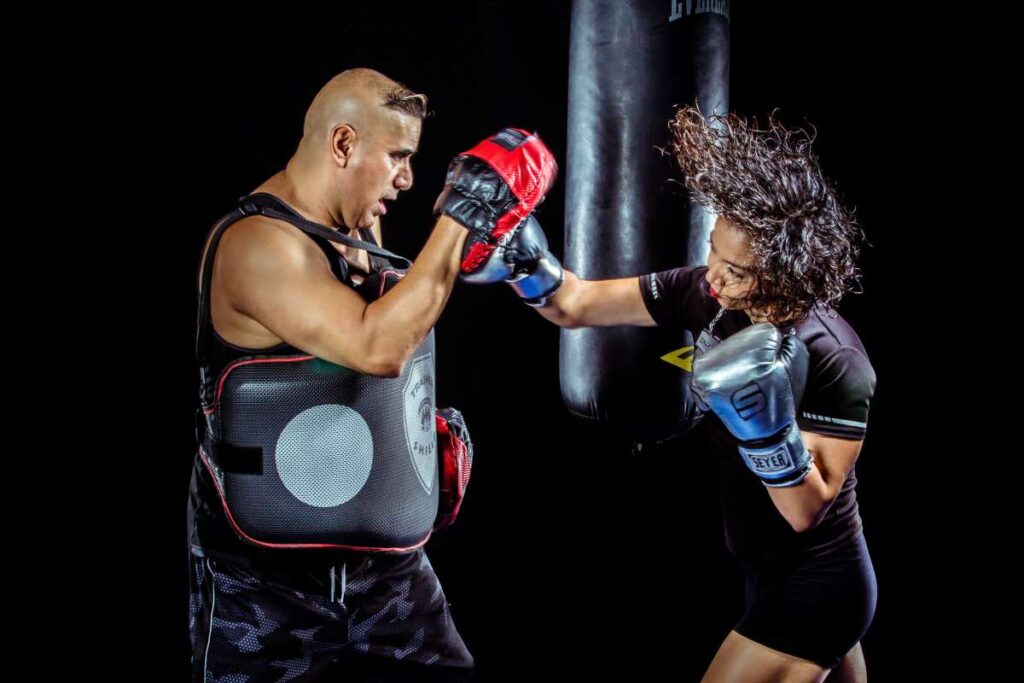 Here is how "Open Scoring" works. After every round, the three judge's cards are collected by the referee and handed to a member of the governing state commission. They then mark their official scorecard on an electronic, computer-like screen.

Do body shots count in boxing?

Yes, body punches count, and they can be some of the most effective punches in an amateur boxer's arsenal. However, the good jab and straight right to the sternum and the abdomen are the most uncomfortable shots you can throw with headgear.

Do blocked punches count in boxing?

Instead of the previous traditional computer punching scoring system, amateur boxing has shifted to the 10 point scoring system, which is also used in professional boxing.

In the previous scoring system, the boxer only gets awarded a point if most of the judges hit a button to award him the point within one second of the punch being thrown. Instead of this system, judges are now required to award the fighter they think performed best in the round with 10 points.

For instance, if the round is closely matched, the end score for that round will frequently be 10-9 in favour of the better fighter. However, if a knockdown occurred during the round, the player who got knocked down will usually be given a score of eight against his opponent and an extra one point deduction for every knockdown. In addition, for every serious foul committed, a point will be deducted.

Every punch counts, so boxers tend to try combinations to land as many punches as possible in the three minutes. While punches will inevitably result in the judges awarding more points to the fighter, knocking down an opponent does not, giving the boxers fewer incentives to attempt it. However, the player that gets knocked down will receive a point deduction from the judges.

The judges will each award a score to the boxers, and the boxer demonstrating the higher number of punches will be awarded 10 points. So, for example, if a knockdown did not occur during the round, the opponent would likely receive nine points and eight if he was knocked down.

If all the judges had chosen the same fighter as the winner, the boxer would have won unanimously. If the majority awards one fighter victory, it is known as winning by majority decision. Additionally, if two judges prefer one boxer as the winner while the other judge chooses the opponent, the first boxer would have won by split decision. It will be a draw if a judge deems the first fighter to be the victor while the second judge deems his opponent the winner and the third judge undecided.

Punches are only counted if the judges deem the force sufficient and a clean punch. However, this can be subjective as the definition of what makes a good or acceptable punch can differ from judge to judge.

Who Scores A Boxing Fight, Judges Or Referee?

Three judges are seated at ringside in most bouts to watch the fight up close. Those judges are approved by the same body that licences the fights, and when possible, are usually from a neutral location compared to the contestants.

For example, if an American boxer faces a French boxer, judges from Canada, Britain and Mexico may be preferred. Similarly, if a small British promoter has two English fighters face off and one is from Hull while the other is from London, perhaps judges from Manchester, Southampton, Cardiff etc.

A three-judge system is mandatory for championship fights. However, if a newly-turned professional is making their debut in a four-round fight, such fights are often judged by one person and one person alone: that bout's appointed referee,

The winner is either scored by the judges if the fight goes the distance or is decided by knockout, technical knockout or disqualification, as detailed above.

In amateur bouts, different methods are used; for example, the referee may decide, or ringside judges use electronic scoring to count the number of blows landed.